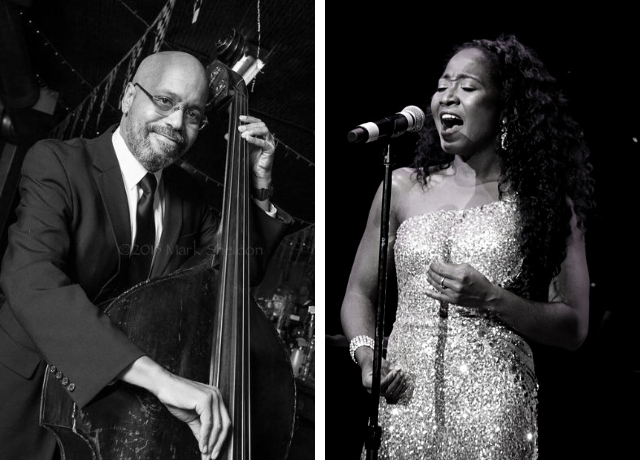 Michaelyn Oby is a sultry vocalist with a voice reminiscent of those legends of old. . while bridging the gap to her modern-day soul contemporaries.

Affectionately referred to as “the little lady with the big voice,” music will never be the same when Michaelyn hits center stage.M.O. music please...

A native of Milwaukee, Wisconsin, she was born to accomplished musicians Michael and Joyce Oby. It is in Memphis;  however, where Michaelyn honed her craft. She credits her unique sound to her eclectic musical background, beginning with the hymns of the gospel church, Jazz and The Great American Songbook, Delta blues, legendary soul recordings of Stax and Royal studios, and the neo-soul movement of the present day. Over a period of twenty years, she has performed on local and national stages with a soulful conviction only indicative of someone believing she was born for this profession. Michaelyn has enjoyed a gratifying professional career and has graced many stages including historic Beale Street in Memphis and has opened for musical legends such as Isaac Hayes.

Michaelyn has relocated to Chicago and is excited to call this new great city her home. She still performs while cruising The Mississippi River and its tributaries as a Guest Entertainer, adding to her extensive musical repertoire two solo shows “Feeling Good” and "Lady Sings Ms.Ross: A Tribute to Diana Ross'' where she pays homage to those influential artists and genres she has grown to love.