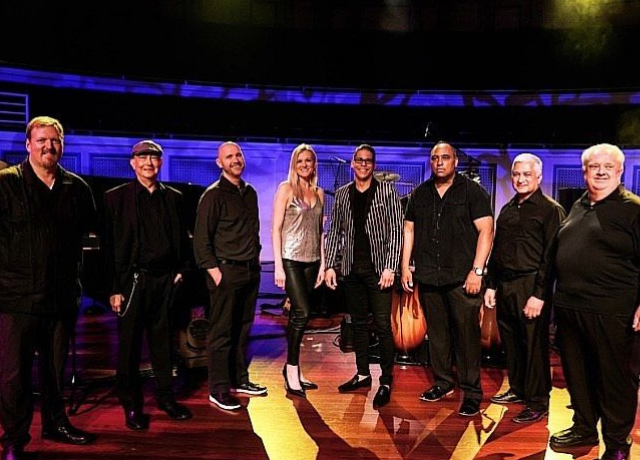 Get ready to move with this dance set playing Salsa, Merengue + Bachata!

With a combined experience from around the globe, the band members have played throughout the Americas, the Carribean, Europe and Asia. The band is composed of Indy Jazz Hall-of-Famers, studio musicians, Indianapolis Symphony Orchestra players, and International artists. These professional musicians have shared the stage with legends such as Ray Charles, Peter Erskine, Kenny G, Dave Valentin, Max Weinberg, Patti LaBelle, Roscoe Mitchell, Gunther Schuller, The Who, The Moody Blues, Rod Stewart, Ben E. King, and Henry Mancini.

Pavel & Direct Contact features vibrant horns, Latin rhythms, and vocals in both Spanish and English. In 2010, Direct Contact released their first album The Other Side (2016). Since then, they have produced four recordings with AireBorn Records: Rush Hour (2017), D’la Calle (2018), Americanisao (2019), and Día Bonito (2021). These compositions by Steve Dokken and Pavel feature David Allee, Leah Crane, Rob Dixon, Matt McGraw, Freddie Mendoza, and Gerardo Beccera.  Along with their single, “You” (2020), these can be found on all platforms.

With dancing shoes or not, you will be immersed into a world of entertainment.