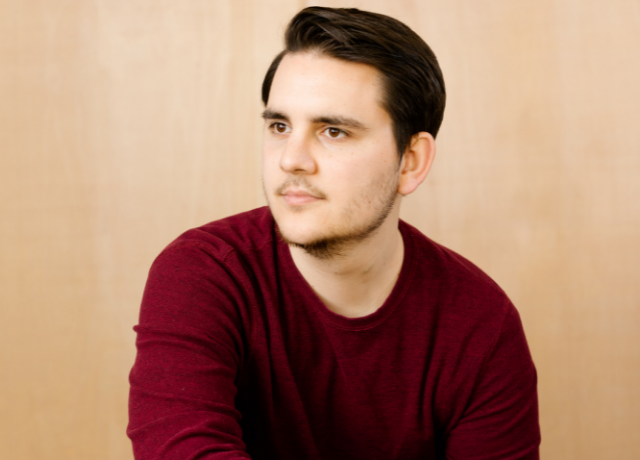 Skyler Floe was born and raised north of Seattle in Lynnwood, Washington and began playing trumpet at age 10. While attending Mountlake Terrace High School, Skyler played in its acclaimed jazz band. As a Senior, Skyler was a participant at the Essentially Ellington Jazz Festival, where Wynton Marsalis awarded him the Outstanding Trumpet Soloist Award. Inspired by all genres of trumpet playing including classical and jazz, Skyler moved to Ellensburg, WA to study trumpet technique with pedagogue, John Harbaugh at Central Washington University, where he earned his undergraduate degrees in classical performance and music education.

Throughout his studies at CWU, Skyler made regular appearances at the National Trumpet Competition in both classical and jazz divisions as well as the International Trumpet Guild. While attending CWU, Skyler regularly performed around the PNW as a leader of his own jazz quintet Hot Minute, and spent four years as a member of CWU's critically acclaimed Jazz Band 1 where in 2015 they won the Next Generation Jazz Festival earning them a performance at the 2015 Monterey Jazz Festival. Skyler was also active in the classical scene and performed regularly as an orchestral trumpet player for the Wenatchee Symphony and Yakima Symphony Orchestras.

After finishing his studies at CWU, Skyler spent two years studying at the Institute of Jazz in Graz, Austria under the tutelage of Jim Rotondi. While in Graz, Skyler performed and recorded with musicians from all over the world in Austria's lively jazz scene. Doing so led to the creation of Skyler's project The Chordless Quartet, which performs Skyler's original compositions and features some of the best up-and-coming jazz musicians on the European scene.

Skyler completed his MM in Jazz Studies at Indiana University where he has accepted a position as an associate instructor at Indiana University's Jacobs School of Music. In 2019, Skyler was one of five trumpet players selected to compete in the prestigious Carmine Caruso International Jazz Trumpet Competition and now resides in NYC as an active freelancing trumpet player.