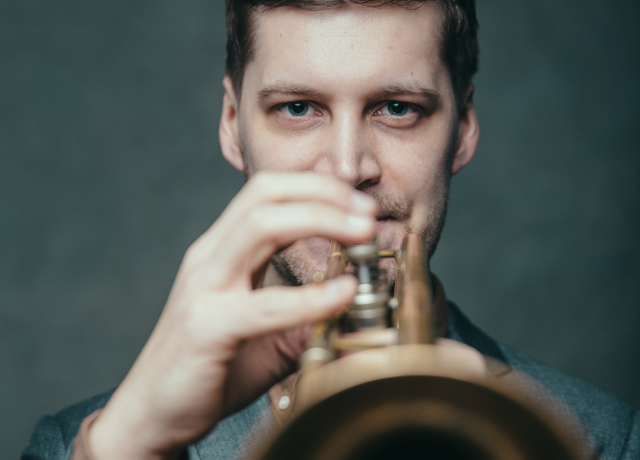 Grammy-nominated trumpeter John Raymond is making a name for himself as one of the most promising, genre-bending musicians in jazz today. He is “steering jazz in the right direction” (Downbeat Magazine) by pushing its boundaries, seamlessly incorporating rock, gospel, and electronic influences into his music. As Something Else reviews noted, “This is jazz, yes, but jazz with an open mind." John has performed with a wide range of artists including Billy Hart, Cory Wong, S. Carey, Orrin Evans, and Sara Bareilles among others. He has released six albums under his own name (four with his trio Real Feels), each receiving praise from the New York Times, JazzTimes, Stereogum, and Downbeat Magazine, who called his most recent recording "A spectacular work of art." John is a sought-after educator, both as Professor of Jazz Trumpet at the Jacobs School of Music at Indiana University and as a guest clinician and soloist at schools around the world.

This performance will feature all original compositions of John's, and his band includes some of the best musicians in the Indianapolis area.