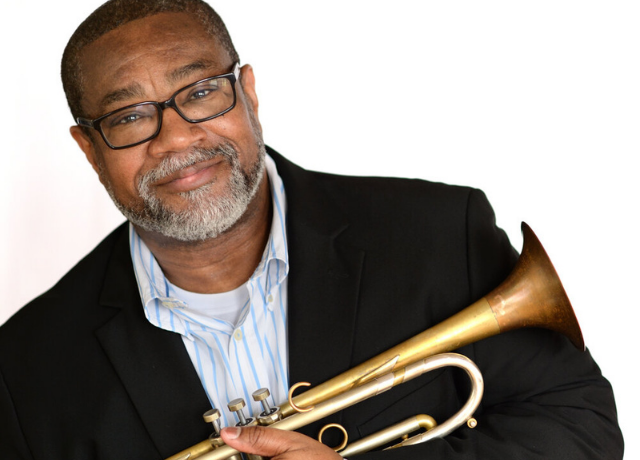 There are many moments that can define a man’s life and for Pharez Whitted, this is one of them. He’s taken on the new role as Chicago’s Youth Symphony Orchestra (CYSO) Jazz Director and Howard Reich at the Chicago Tribune described Pharez perfectly - “Few Chicago musician-educators are more qualified than Whitted to build the new band, for he commands a richly deserved reputation as a trumpet virtuoso, seasoned educator and irrepressible champion of the music.”

Whitted is humble with his legacy and his deep roots in music go as far back as the 1930’s in Indianapolis where the Hampton Family Band first began performing. His mother Virtue, his uncle Slide Hampton and the other 10 siblings (12 in total) laid the foundation with their self-educated and courageous father, Clarke “Deacon” Hampton at the helm. With that level of determination and talent, Whitted was destined to inherit the gift of music.

At the age of nine he found a trumpet in the closet and asked his brother to show him how to play a C major scale and it was all over – he was hooked. It wasn’t just that his father, Thomas Whitted Sr., played drums with Freddie Hubbard and Wes Montgomery, or that his mother, Virtue Whitted, sang and played the bass, it was the love he had for this music and his close ties with it. It didn’t stop there. He began his career in 1982 not long after earning his Master’s Degree at Indiana University Jacobs School of Music. He recorded his first self-entitled album, ‘Pharez Whitted’ with Motown in 1994 and continued recording solo albums ever since.

If you asked Pharez what inspires his music, he’ll say that the world needs hope and beauty and his compositions were created for that purpose. His music is for the people, to lift them up and inspire beautiful thoughts and a harmonious vibe throughout the Universe. One love, one Universal voice.

One of the greatest gifts that he passes on is his love and appreciation for the music and using it as a tool for peace, inclusion and expression. He instils this passion in the students that passed through his doors while serving as the Director of Jazz Studies at Chicago State University and now through his work with Jazz at Lincoln Center, Ravinia’s Jazz Scholar program and his newest role at CYSO. Pharez continues carrying the torch of the Hampton's that came before him and all of the jazz legends he graced the stage with, not to mention his recordings and accolades that has prepared him for the next chapter in his career.