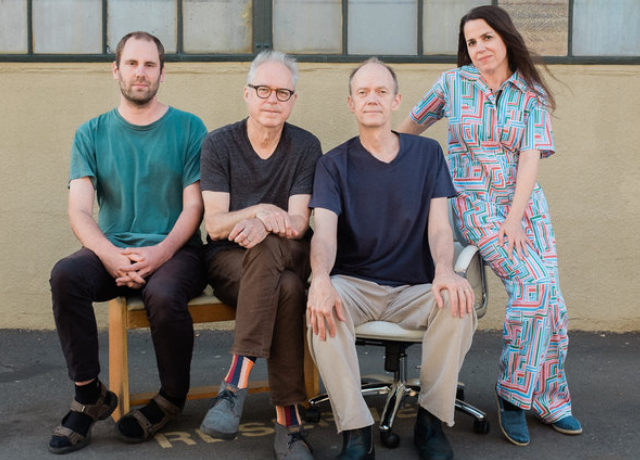 "Bill Frisell’s HARMONY is Dang Beautiful – And Dang Approachable.  Frisell marries three American musical traditions – jazz, new music and the Great American Songbook – in a remarkable, coherent way.
The results are unsurprisingly beautiful, yet unexpectedly approachable.  And for all the lofty concepts at play in HARMONY, there is no performer-audience gulf.” - NO DEPRESSION

Bill Frisell’s career as a guitarist and composer has spanned more than 40 years and many celebrated recordings, whose catalog has been cited by Downbeat as “the best recorded output of the decade”.

“Frisell has had a lot of practice putting high concept into a humble package. Long hailed as one of the most distinctive and original improvising guitarists of our time, he has also earned a reputation for teasing out thematic connections with his music... There’s a reason that Jazz at Lincoln Center had him program a series called Roots of Americana.” - New York Times

His first album HARMONY on Blue Note has been described in the New York Times as:
“The eminent guitarist improvises in smoky ringlets of melody, drawing the influence of classic jazz guitar into a palette based on early American folk music. He has been a noted bandleader since the 1980’s, but has never released an album for Blue Note Records, jazz’ most illustrious label. That will change with HARMONY, which finds Frisell playing smoldering original compositions along with a few covers alongside vocalist Petra Haden, cellist Hank Roberts and guitarist and bassist Luke Berman.”

Recognized as one of America’s 21 most vital and productive performing artists, Frisell was named an inaugural Doris Duke Artist in 2012. He is also a recipient of grants from United States Artists, Meet the Composer among others. In 2016, he was a beneficiary of the first FreshGrass Composition commission to preserve and support innovative grassroots music.  Upon San Francisco Jazz opening their doors in 2013, he served as one of their Resident Artistic Directors. Bill is also the subject of a documentary film by director Emma Franz, entitled Bill Frisell: A Portrait, which examines his creative process in depth. He has received an honorary doctorate from the Berklee College of Music.