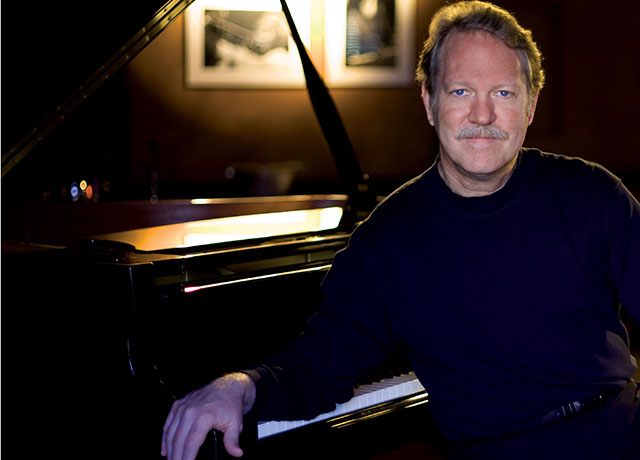 The Steve Allee | New Sounds represents the finest in big band jazz in Indianapolis. Great swinging' originals and inventive composing are the hallmarks of this time tested big band that has been at work since the 70's.

Pianist, composer and arranger Steve Allee is a veteran of more than 35 years on the music scene, working principally in jazz, writing and performing for syndicated radio programs, network television and motion pictures, and as a music educator.

All of his career facets have blended into a distinct musical style that has a very strong visual, almost cinematic flavor because of his skill in capturing or reinforcing important moods or visual elements that inspire his projects.

Steve has released ten+ CDs as a leader, the two most recent being his trio recordings, Dragonfly (June 2008) and Colors (April 2007) are artful collaborations with bassist Bill Moring and drummer Tim Horner. Saxophonists Rich Perry and Rob Dixon appear on select tracks. In his liner notes for Dragonfly, jazz journalist Ken Franckling noted that “From start to finish,Dragonfly makes it clear that this is a band in which each of the players finds their interaction to be exhilarating…. this trio is all about making the most of the journey – as the best jazz should.”

A native son and longtime resident of Indianapolis, Indiana, Steve was fortunate to grow up in the hometown of many jazz greats, including brothers Wes, Buddy and Monk Montgomery, Slide Hampton, J.J. Johnson, David Baker, Freddie Hubbard and Melvin Rhyne, among others.

His playing style has a touch, sparkling clarity and improvisational variations reminiscent of the late Bill Evans, as well as a very strong blues influence that Steve credits to his exposure to Buddy Montgomery and Horace Silver.