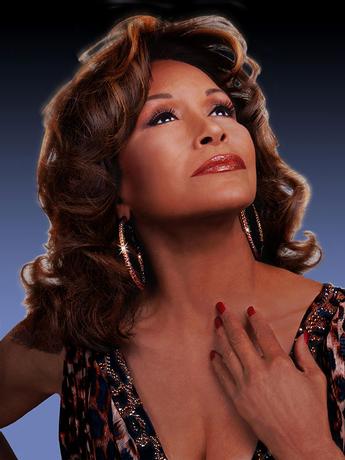 The multi-talented Freda Payne is best known for her singing career, yet she has also performed in musicals and acted in movies over the years, and was briefly the host of her own TV talk show. Born Freda Charcilia Payne in Detroit, Michigan, Payne developed an appreciation of music at an early age (due to such sultry jazz singers as Ella Fitzgerald, Sarah Vaughan, and Billie Holiday).

Payne’s own musical career blossomed soon after, as she began early singing radio commercial jingles, which brought the young vocalist to the attention of several music-biz heavyweights. Berry Gordy, Jr. attempted to sign Payne, but her mother wouldn’t agree to it, while Duke Ellington employed Payne as the featured singer with his renowned orchestra for two nights in Pittsburgh, resulting in Ellington offering the teenager a ten-year contract, but it did not happen.

Further albums followed throughout the ’70s, including such titles as Contact, Reaching Out, Payne & Pleasure, Out of Payne Comes Love, Stares & Whispers, Supernatural High, and Red Hot. Payne also worked with legend artist Sammy Davis, Jr. during much of the 1970s.

Payne then switched her attention from music to TV, as she hosted her very own talk show in 1981, Today’s Black Woman. The ’90s saw Payne return to music, as such albums as An Evening with Freda Payne and Christmas with Freda & Friends were issued, while Payne also landed roles in such movies as Private Obsession, Sprung and Ragdoll. Payne continued to balance an acting and music career during the early 21st century, as she appeared in the 2000 Eddie Murphy comedy Nutty Professor II: The Klumps and the made-for-TV movie Fire & Ice, plus issuing an all-new album in 2001, Come See About Me on the Volt label.

In 2009 she appeared on American Idol, performing her most iconic song. In June 2014, she released a jazz-influenced studio album entitled Come Back to Me Love, on the Mack Avenue label, which was produced by Bill Cunliffe and was a highly acclaimed jazz album that featured big band arrangements and strings.

Payne also has Broadway credits including Hallelujah Baby, Duke Ellington’s Sophisticated Ladies, Ain’t Misbehaving, The Blues in the Night, Jelly’s Last Jam as well as plays: A Change Is Gonna Come, The Divorce written and directed by Donald B. Welch, which is also on DVD.  Payne also landed an appearance on the film Kinky set to release in 2017.