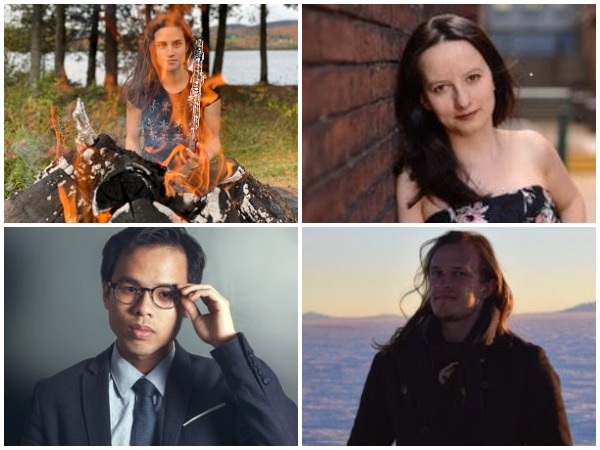 Katherine Needleman joined the Baltimore Symphony Orchestra as principal oboist in 2003, the same year she won first prize at the International Double Reed Society’s Gillet-Fox Competition. A Baltimore native, Ms. Needleman attended high school at the Baltimore School for the Arts but left early to attend the Curtis Institute of Music, where she was a student of Richard Woodhams. She has been a member of the faculty at the Peabody Conservatory of the Johns Hopkins University since 2005, and is currently on faculty at the Young Artist Summer Program at Curtis SummerFest.

As an active soloist and a sought-after chamber musician, pianist Teodora Adzharova performs throughout our region, frequently collaborating with musicians from the Peabody Institute and the Baltimore Symphony Orchestra .In 2015 she was honored to inaugurate the Peabody-UMBC (University of Maryland, Baltimore Country) Partnership in Innovation alongside cellist Mauricio Ray Gallego -- a residency that took place at Linehan Hall, UMBC. She is a Co-founder and Artistic Director of the Annunciation Cathedral Concert Series. She serves as a Faculty Associate at the Peabody Institute, and since 2012  has been a part of the Peabody Preparatory faculty. Teodora is a doctoral candidate at Peabody studying with renowned pedagogue Ellen Mack.

Composer and pianist Benjamin Salman is currently a first year master’s student at the Peabody Institute, where he studies composition with Felipe Lara. He is originally from Seattle, where he began his musical studies with his father, Mark Salman, and studied music and philosophy at Stanford University, working with Erik Ulman and George Barth in composition and piano, respectively. When not composing or playing music, Benjamin particularly enjoys going for long walks, arguing about philosophy, and drawing maps of fictional cities.

Jonathan Shin (b. 1992) performs extensively as a soloist and chamber musician, as well as composes and improvises across multiple genres and styles. He began composing at the age of 22, and in 2015, his musical Viva! la Singapura was produced. The following year saw the premiere of his song cycle The Other Merlion and Friends, where it was critically reviewed as “probably the most compelling and worthwhile new work from any Singaporean composer in recent years.” (The Straits Times). Jonathan is currently pursuing his doctoral studies in composition at the Peabody Institute, under the tutelage of Christopher Cerrone.