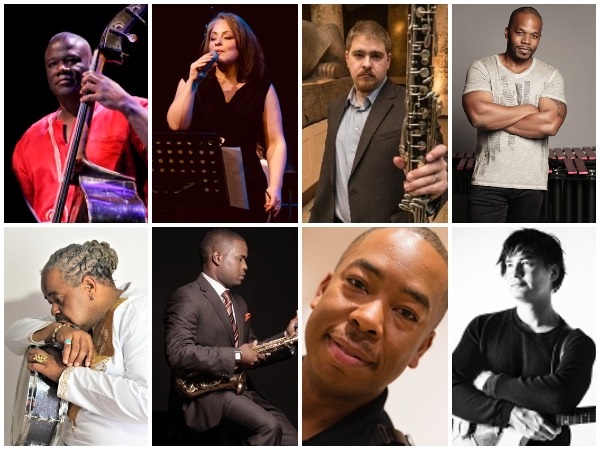 “Steve Kirby IS A BADASS. Every once in a while a project comes in that just blows me away. This was the 2016 project. It is an amazing record on so many levels. It moved me.” Mark Wilder, Sony Music recording engineer

“Steve Kirby, like an alchemist, brews all these ingredients together and concocts listening universes that are both intellectually stimulating and musically pleasing, for both specialized and secular ears” Fredric Cardin, ICI Musique

Obasi Akoto presents the Oceanic Jazz Orchestra Chamber Group, featuring the music he originally composed and orchestrated for his 2017 full-length orchestral release entitled “All Over The Map” This chamber group remix marks the start of a new take on his compositions. The album has been described as “impassioned and transformative” and has cemented him as a prolific composer and orchestrator:

“All Over the Map introduces the fresh and adventurous sound of Obasi Akoto’s Oceanic Jazz Orchestra (OJO).  Led by composer and jazz bassist Obasi Akoto, OJO is a hybrid jazz-classical ensemble, with instruments like bassoon, oboe, pedal steel, and classical violin folded in alongside vibes, trumpet, saxophone, flute, and vocals. The compositions are equally far-ranging in their rhythmic and structural qualities, borrowing from jazz, folk, rock, hip hop, baroque, French impressionist, electronic, and tango.

Streaming cost of $10
Donations are welcomed.
The link will be revealed to you 15 minutes before the show
and will remain active through Dec. 14