Fri, November 20
7PM / $5 Get Access to the Live Stream
The Mainstay 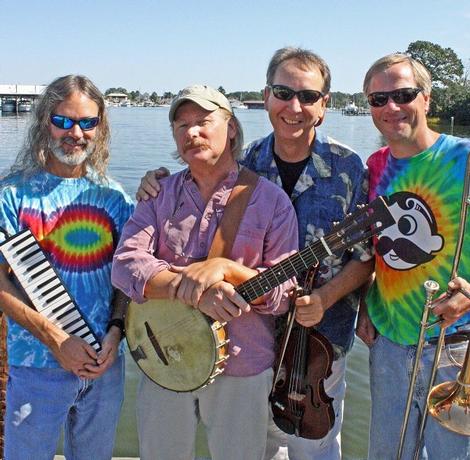 Tune in to the Mainstay on Friday November 20 at 7 pm for a LIVE broadcast of the Eastport Oyster Boys! $5 Streaming Pass.

The Eastport Oyster Boys sing songs about the Bay region and the Eastern Shore from Conowingo to Ocean City. Their sound is a blend of original folk tunes, island rhythms, salsa, boogie, dixie-swing, waltzes, chanteys and some classic rock-and-roll, all with a maritime theme and an abundant sense of humor. Their songs feature deadrise workboats, oysters, good dogs, blue crabs, and other themes unique to the Chesapeake celebrating the rich maritime life and heritage of the area. Now into their third decade as a band, they may invite you to “Rock Around the Docks,” go “Downy Ocean Hon” or lament just being “Aground Again.”

Spinsheet Magazine said “The Boys’ style is fun and easy, while their lyrics sing true to the beauties and realities of living on the Bay.” Though calling the watermen’s village of the Maritime Republic of Eastport home, their songs and stories ring true in any of the Chesapeake’s harbor towns, dockyard bars, along its tributaries and in the quiet coves. Their music has been appreciated as far away as the shores of Nova Scotia, Ireland, Europe and Australia. The Boys’ spirit and music has also been featured in numerous national and international radio, television, print and film productions.

The band includes some of Eastport’s finest musicians (and boat bums): Kevin Brooks on guitar and six string banjo, the versatile Tom Guay on hammer dulcimer, fiddle and guitar, Andy Fegley on trombone and percussion, and Mike Lange on keyboards, uke and melodica.

Their concerts are a musical celebration of life on the shores of the Chesapeake and its many scenic rivers. For more than two decades they have educated, amused and delighted thousands with their wit, wisdom and special message of stewardship and appreciation for the Bay and its unique maritime culture and history. Anyone who loves being on or near the water will find they have a lot in common with The Eastport Oyster Boys whose simple philosophy can be summed up in their list of the three basic necessities of life: “a good hat, a good dog and a good boat!”

The Washington Post said, “If you’ve lost sight of why you live here, it’s time you heard The Eastport Oyster Boys. With tongues planted firmly in their cheeks, they write and sing songs about laid-back life on the Bay. They mix droll wit and a veritable cornucopia of musical styles – from Cuban jazz to Dixie swing to rockabilly to waltzes to calypso to country weepers to tangos….and they do it all with a joie de vivre that fuels good times like high octane gasoline.”

After your purchase, you will receive a confirmation message. The message contains a link to the concert event page. The page will now display a countdown clock until the live concert link is revealed, 30 minutes prior to showtime.