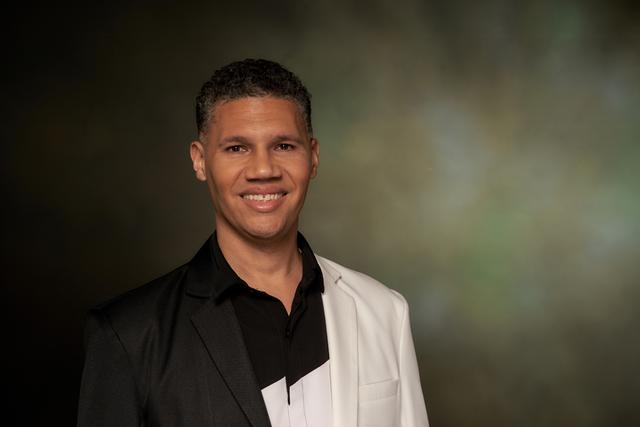 "From Philly With Love" with International Recording Artist Ashley Scott.

Ashley Scott is an International Recording Artist known for the Radio Charting singles "Together" (in 2022 Smooth Jazz Network Top 100); "Thought of You” (in 2021 went to #3 on The Urban Influencer Chart); "Dance The Night Away” (in 2020 #8 on The UK Soul Chart); and his international anthem “Don’t Throw Our Love Away” (made it to the top 10 on the UK Soul Chart and Smooth Jazz.com.) Ashley is a singer/songwriter from Philadelphia and a graduate of Howard University in Washington DC where he received his Bachelor’s Degree in Music. Influenced by his aunt Helen Scott of The Three Degrees as well as The Delfonics, Michael Jackson, Stevie Wonder, and Prince, Ashley found his love and passion for music. Ashley has performed on shows with Take 6, Bilal, and Eric Roberson, as well as recorded background vocals in the studio with Will Downing, Chavous, and Tye Tribbett. Ashley has served as a Governor and former Vice President on the Board of The Recording Academy Philadelphia Chapter. His label Soulful Sounds International promises to make timeless music for the future.

On this night, Ashley will perform his own music along with covers of other notable Philadelphia Soul artists including Musiq Soulchild, The Three Degrees, The Delfonics, The Stylistics, and more from The Sound of Philadelphia.