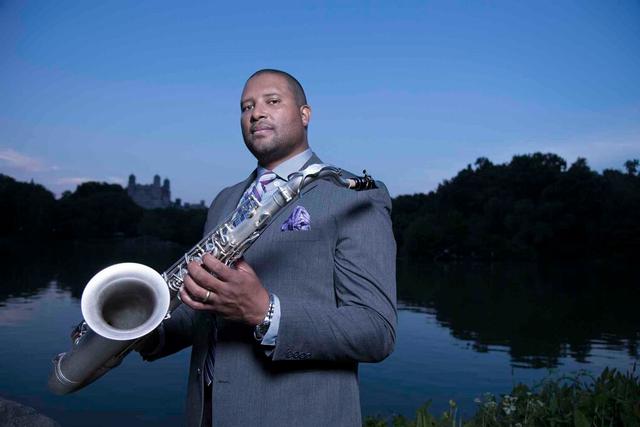 Tony Hall of Jazzwise Magazine (UK) calls Greene “ . . . . without doubt one of the most striking young tenors of recent years.”

In addition to his recordings and appearances as a leader, Greene appears on over 75 albums as a sideman, and has toured and/or recorded with Horace Silver, Ron Carter, Tom Harrell, Freddie Hubbard, Harry Connick, Jr., Avishai Cohen, Kenny Barron, Lewis Nash, Dee Dee Bridgewater, the New Jazz Composers Octet and the Carnegie Hall Jazz Band, among many others.

Greene was awarded the prestigious Benny Golson Jazz Master Award at Howard University, the ASCAP / IAJE Commission in Jazz Composition in honor of Ornette Coleman, the State of Connecticut Governor's Arts Award in Music, as well as the City of Hartford's Innovator Award in Music. Greene was named a Winner of Chamber Music America's New Works: Creation and Presentation grant for jazz composition, awarded an Artist Fellowship in Music Composition by the Connecticut Commission on Culture and Tourism, and awarded an Individual Artist Grant by the Greater Hartford Arts Council. Sixty of Greene's original compositions have been recorded on the Mack Avenue, RCA Victor, SmallsLive, Criss Cross, NuJazz and RazDaz / Sunnyside labels. In addition, Greene's performance of his composition "Mr. McLean" was aired throughout the US and Canada on ABC-TV during a NASCAR pre-race broadcast in September 2007.

Greene is Associate Professor of Music and Co-Coordinator of Jazz Studies at Western Connecticut State University in Danbury, CT. Previously, he served as Assistant Professor of Jazz Saxophone at the University of Manitoba, Visiting Assistant Professor of Music at Purchase College (State University of New York), as Lecturer at the Jackie McLean Institute of Jazz at the Hartt School (University of Hartford) and as an Instructor at the Greater Hartford Academy of the Arts. Greene has given clinics and masterclasses throughout the United States, Canada, Brazil, Israel and Russia. Two of his former students were named semi-finalists in the prestigious Thelonious Monk Institute International Jazz Competition and 18 student musicians and small ensembles under Greene's direction won DownBeat Magazine Student Music Awards.