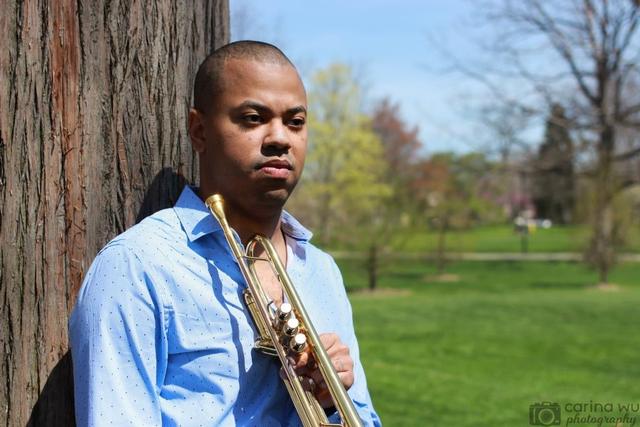 The pursuit of excellence in jazz is Paul Bailey’s passion.  Grounded in spirituals and trained in classical, Paul’s journey started out on the cello, moved to the piano and before he began playing the trumpet his passion for jazz was evident right away.

A native of Washington, DC, Paul began playing the trumpet at age 9. While growing up in DC, Paul has played with the Blues Alley Youth Jazz Orchestra, DC Youth Orchestra and DeMatha Catholic High School's Wind and Jazz Ensembles. Paul was also selected as a member of the 2012 Maryland All State Jazz Band. He also performed in the Jazz Studio at the White House with Wynton Marsalis, hosted by First Lady Michelle Obama, and was a featured young artist for the DC Jazz Festival Family Day.

Paul’s desire to be a great jazz trumpeter led him to the Oberlin Conservatory of music.  While at Oberlin, Paul has performed with the world renowned Oberlin Jazz Ensemble (OJE) under the direction of Dennis Reynolds. He was the OJE featured soloist at the 2015 Ohio State Jazz Competition with over 2000 jazz lovers in attendance as well as at the 2012 Tri-C Jazz Festival Big Band Competition. Oberlin's Jazz Forum, which dates back at least to the mid-1990s, showcases student and guest performers in an intimate jazz setting allowing for immediate feedback from the audience. Paul regularly performed in this setting as lead soloist or back up with several hundred students in attendance. Also, while a student at Oberlin Paul has played in Cleveland, Akron, and Northeast Ohio professionally. Paul has played with the Cleveland Jazz Orchestra, Jazz Heritage Orchestra, Columbus Jazz Orchestra, the TrueNorth Big Band and the Funkyard Experiment. Paul would eventually graduate from Oberlin in 2017.

Today Paul is a jazz trumpeter with an array of playing experience.  His trumpet teachers include David Kellert, Robert “Brother Ah” Northern, Kieron Irvine, Donvonte McCoy, Fred Irby III, Dennis Reynolds, Sean Jones, Derrick Gardner, and Eddie Henderson. He has also been mentored by Michael Bowie, Davey Yarborough, Bobby Ferazza, Jay Ashby, Paul Samuels, Peter Dominguez, Dan Wall and Billy Hart. Paul has shared the stage with jazz artists John & Gerald Clayton, Wessell Anderson, Joe Lovano, Cyrus Chestnut, Andre Hayward, Sullivan Fortner, Michael Mossman, and Jerome Jennings. He has also played with R&B artists Liv Warfield, Larry Graham, and Dwele. Paul has performed in an array of jazz venues including Bohemian Caverns and Twins Jazz in DC, An Die Musik in Baltimore, Minton’s in New York, The Bop Stop and Nighttown in Cleveland and Blu Jazz+ in Akron. Paul not only has a passion for playing, he is dedicated to the preservation of our great American art form. He served as a jazz teaching assistant at Oberlin as well as the trumpet instructor at the Washington Jazz Arts Institute and has several private students.